The Holidays Series: The Stocking Was Hung, Cupid Has a Heart-On, The Firework Exploded, & The Bunny is Coming by Tara Sivec

Tara Sivec caught my eye on a romance newsletter with a book called Zed Had to Die. I started with a sample and got sucked into buying the entirety of The Stocking Was Hung because I am a sucker for fabulously cheesy titles* and I had no idea what the writing would sink to. Sivec’s bailiwick looks to be romps and I’ll just say that I’m glad I got the rest of the books in the series on loan from Amazon Unlimited (or whatever it’s called). There were sufficient cheap laughs and just enough sincere romance to hold my attention for the first two books before I resorted to sliding through the last two.

The Holiday Series Set Up: A thirty-three year old woman, Noel (Noelle) Holiday, has run screaming from her boyfriend’s pre-Christmas proposal, lost her job, and is en route to Ohio for the holidays. Having to face her loving, intrusive, and judge-y family in her current state of disaster is something she dreads. Sitting in an airport bar feeling sorry for herself, she spills her beer on the man sitting next to her and discovers he is hot with a hotness that is hot and, since he, Sam Stocking, feels the same way about her, he agrees to pretend to be her boyfriend for Christmas. A marriage of convenience ensues which is, I admit, my favourite romance trope. They end up engaged by the end of book one, The Stocking Was Hung, officially engaged at the end of book two, Cupid Has a Heart-On, get married in book three, The Firework Exploded, and you can guess what happens with the fertility symbol in book four, The Bunny is Coming.

The four books progress from the marriage of convenience in The Stocking Was Hung through Big Misunderstandings in the last three books. Noel’s family is much more than promised in the set up and the forced frivolity gets ramped up and progressively more ridiculous. There’s a lot of literal and metaphorical flouncing and door slamming. When I started the series, I told myself to lean in to the farce. It’s not like the books took themselves seriously, so it wasn’t my job to either, but there was just so much nonsense; such as,

There was too much over-reaction from protagonists in their mid-thirties and her obnoxious family in order to drive the plot and it descended into ridiculousness that became painful. Or I’m a humourless cow. One of the two. Given the titles, I may have been expecting too much .

*My review of Scrooge McFu*k is still pending. 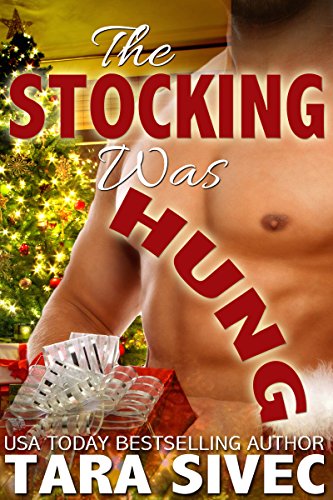