When a Duke Says I Do by Jane Goodger

Short version: “I need to finish this book so I can stop reading it.” 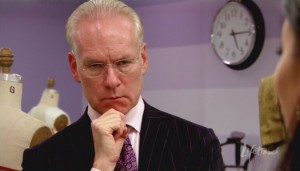 When a Duke Says I Do is a historical romance with a lot going on, some of it interesting, but that gets lost in the details. The best way to explain is to summarize the plot and that will involve SPOILERS:

1. Elsie is 20 and has been engaged to the heir of the Duke of Stanhope (villain alert) her entire life.

2. Elsie cannot sleep in her bed because when she was 10 her twin sister, Christine, died while sleeping next to her. She falls asleep in random places around the house and the servants have to find her.

4. The family has just added a ballroom to their estate and hired Monsieur Mural to paint one of the walls.

5. The ballroom will be first used for Elsie’s upcoming birthday and formal announcement of her foregone conclusion betrothal.

6. Monsieur Mural has an assistant (hero alert!) who does not speak.

7. Andre, the mute assistant, merely chooses not to talk. He suffers from crippling social anxiety.

8. Monsieur Mural adopted Andre from an upscale asylum when he was ten.

9. Andre, né Alexander, is actually to abandoned son of the Duke of Stanhope. His death was falsified.

10. Also, Monsieur Mural has something or other rheumatic and can no longer paint. Alexander paints for him and better because he is an artistic genius.

11. Also, also, Alexander plays piano like a virtuoso even though he lacked consistent access to a keyboard after the age of 10.

12. Also, also, also Alexander has never revealed to Monsieur Mural, whom he considers his true father and is the only person he genuinely trusts, that he can speak.

13. Elsie wanders the house at night, finds Alexander painting, he immediately starts talking to her, and they fall in love.

14. The Duke enters twirling his moustache and it turns out Elsie’s father owes a tremendous sum of money to the Duke, in addition to Elsie’s future.

15. Alexander and Elsie become lovers, his social anxiety and secret identity get in they way, he decides to reclaim his heritage despite the overwhelming challenge of proving his identity.

16. Don’t worry, the asylum doctor kept records of all of the Duke’s payments and Alexander finds willing counsel. Even so, it all starts to go sideways.

17. Elsie looks to have to marry the Duke’s other son, but then there is a wedding ceremony revelation…

18. the Duke dies in an egregiously convenient manner….

19. and Elsie and Alexander end up married, BUT

20. Alexander is super pissed that Elsie was going to marry that other guy so he remains angry and aloof after their marriage.

Granted, any plot can sound like entirely too much or entirely too little when laid out like that, but the really interesting and different idea, Alexander’s social anxiety disorder, got lost in the other plot convolutions. The story could have been pared down (and the dialogue improved) to result in a much better book.